It was a short ride of about 24 miles to the next border where we left Croatia and rode into Montenegro, with an even shorter ferry ride in between.
We were only transiting through Montenegro in order to get to the next country of Albania. The locals were all driving very slowly, or at most to the speed limit which soon became apparent,  as there was lots of police about in Montenegro with speed guns but every time I passed them they just looked disappointed with my steady speed, but I did give them a nod as I rode past!

When we got passed the Alanian border, several members of our group had gathered so we stopped to see what was occurring. Julia said that some people were inside the restaurant exchanging money so we went inside to see if we could do the same. It was not an official currency exchange and I was the last one the guy could help as he had run out of the local currency. David said afterwards that we actually got a better than normal exchange rate so that was a good start to this new country. You soon notice how much poorer Albania is than Croatia with kids begging at the border, lots of litter about and poorly maintained roads.

Not only was there lots of pot holes in the roads, but the surface was very well worn with a smooth shiny surface which gave little grip on the corners which after a couple of twitchy moments had me slowing down, which was not a bad thing as there were several police  about in this country too.
The temperature was also getting very warm and we soon started to open the vents on our suits.
The ride through ? was hectic city traffic, yet I quite enjoyed it as it proved to be an interesting challenge especially when the normal rules of the highway code seem to be ignored and it turns into a free for all from any lane and it just seems like it down to the first one there has the right of way!
Towards the end of the day, I was getting tired so let two other riders continue on whilst I pulled over for a rest when a photo opportunity arose.
Another bunch of riders from our group passed by as I was trying to make conversation with a couple of old chaps who didn’t speak English and I never spoke there language either but we seemed to chat for several minutes with me pointing to the stickers on my bike trying to show them I stated on London and was heading to Bijing in China. At the end of it I am not entirely sure they understood but we had a laugh and I think they got the impression I was a mad Englishman on a long motorcycle ride.
The rest of the journey to the hotel was a slow journey with me waving some of the crazy car drivers passed and once again I was the last to arrive at the hotel, but still in plenty of time for the meeting. 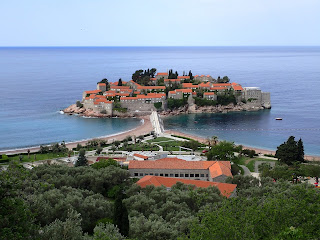 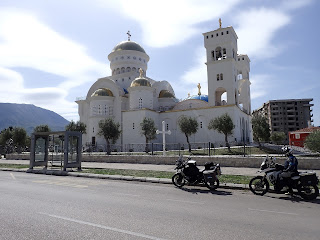 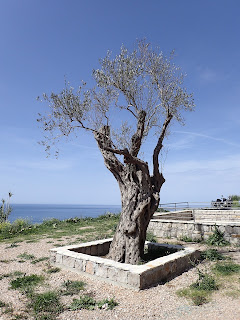 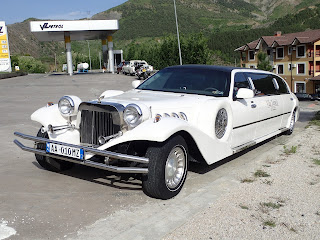