The day started off with a short ride after breakfast around the spectacular Meteora pinnacles where we went to a viewpoint for photos of these wonderful rock formations which unbelievably had monasteries built on the top of a few of them by some monks in the 14th century. After this short but amazing stop we continued our journey on towards Turkey, although we weren’t going into Turkey today as we will stay another night in Greece not too far from the border so that we can ride as a group through the border tomorrow morning.

We did some reasonable back roads then some more peg scraping twisty mountain roads which was fun but tiring before the long boring motorway part.
David has been finding it difficult to engage 2nd gear and upon looking into this in a motorway service station, I noticed that his gear lever was hitting on the engine casing. Bending it out slightly instantly cured the problem, but we are not sure why it moved in the first place so we are going to need to monitor this closely.

The hotel was excellent and the all you can eat buffet left many of us ready to burst! I had a quick stroll around the car park before going to bed as we have an early start in the morning. 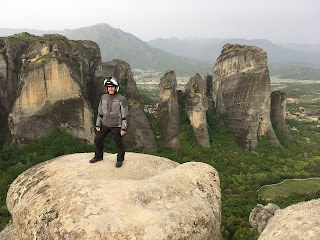 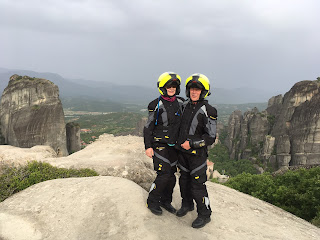 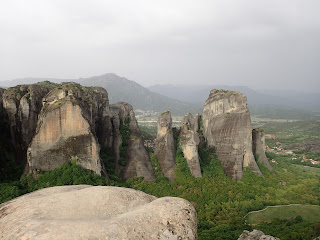 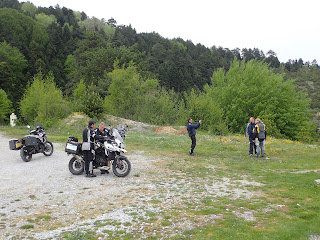