Well, day one started the trip off with some unexpected events. First one rider had the hotel car park barrier come down on top of him, and then another rider got knocked off of his bike by a reversing van in the Ace Cafe car park. A third rider started with only one foot peg and then also developed clutch problems which meant he had to make a dash for a BMW dealer to get the problem resolved.

It was down to the Ace Cafe for a good old English fry up breakfast, chat with the press, family and friends that had come down to see us all at the start of our amazing journey.

The first part of the ride took us straight to Folkestone to catch the train going to France through the tunnel and once we got the other side of the channel it was up to us whether we stayed following the leader or went our own way.

With a prompt from my sat nav, I went my own way and was soon off the planned route. Damm it, I thought, I hadn’t been riding more than twenty minutes on the other side of the channel and had already gone wrong. A sign of things to come? However I soon realised my mistake and after reading the route notes that we were given I got back on the correct route which just cost me some time and a toll charge. But it was not long before I got a little lost again and rather than trace my steps back I decided to re-program the sat nav for a way point later in the day to see if I could make up for lost time.

I had forgotten how much I like riding in France and was soon riding some familiar roads, admiring the beautiful picturesque villages that I rode through which are kept so clean and in such great condition it puts almost anywhere in the UK to shame. Whilst soaking up these amazing views, riding on my own listening to music in my helmet, I had the time to think about this amazing trip I had just started and how I became fortunate enough to be doing it, thus my neck buff done its own soaking up. On several occasions the view through my visor became bit blurred with water. In fact it was a bit like looking through a port hole of a sinking ship, with the water level rising higher and higher until I could not see clearly at all and had to take a deep breath to clear my vision. Although a few times it took more than a deep breath for the water levels to subside which meant I had to pull over to the side of the road as it was not safe to ride with such a distorted view that I could barely make out one side of the road from the other.
However taking the scenic route was eating up the time and with losing an hour in the day already, it was clear that I was not going to make it to the hotel for the suggested time of 6pm. In fact, it was looking a bit like getting there for the start of the 7pm meeting might be a problem too.

It was whilst sitting at some traffic lights, when I saw the welcome sight of the support van go past in front of me. This actually confirmed I was running very late so when my lights went green I ignored the sat nav instructions to continue straight ahead and instead turned left to follow the van. A little further up the road Pete pulled over to see if everything was allright. I said yes it was, and that I had unintentionally gone off of the planned route but would now follow him to get back on the route so that I had a better chance of getting to the hotel in time. I followed the van for several miles before gaining the confidence that my sat nav was routing me correctly on the planned route before I took an overtake opportunity and sped off into the distance. Well not all that distant actually, as I turned around to go back for a photo opportunity that I had rode a few hundred yards past when the van came along and pulled in behind me. We both admired the view of this wonderful house and the mock piano in the front garden.

I got going again and it was not too long before I reached the out skirts of Reims where our hotel was located in the centre. It was just a few minutes later that I wished that I had stayed behind the van as I kept riding around this beautiful town, in search of the hotel which the sat nav kept saying I had already passed and kindly re-routed me to have another go. Very patient is my sat nav and eventually after the forth or fifth attempt, I found the correct street and even saw the support van sitting outside, although not quite in time to turn so another lap was needed. It was on this final lap that I seemed to wait for an eternity at some red lights. I was not sure if my bike had not triggered the sensors in the road, so gave up waiting and when it was clear, I turned left on the red light to get back for a successful landing at the hotel car park where I had to take an unusual car lift to the lower level and park my bike up with the rest of the bikes already there. By the time I had checked in and got to my room, I had only two minutes to get out of my motorcycle gear and get to the meeting where it was confirmed in a light hearted manor that I was the last one to arrive!
After the meeting had finished, I went for a quick shower before joining the rest of the team for our first group meal of the trip where we started off with a glass of champagne to celebrate. The food was excellent and the vibe around the table was tingling with excitement and joy.

Here are some of the photos I took along my interesting route... 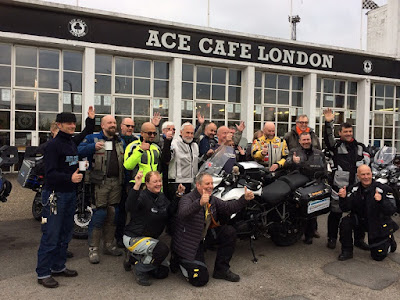 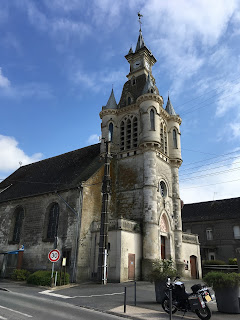 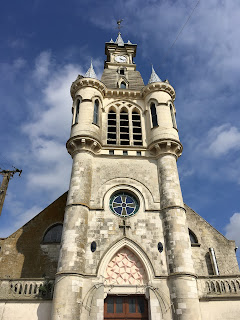 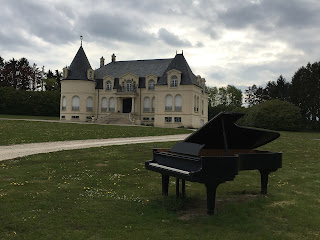 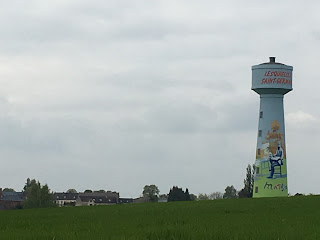 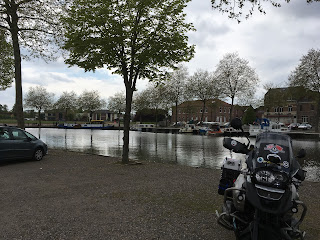