Beep-beep, beep-beep, beep-beep, beep-beep, goes my alarm at 4am. I wish I could say that it woke me up but I had already been awake for an hour. Either 5 hours sleep was enough for me or the excitement of what we was about to do made sure I was awake in plenty of time? For today, at 4:45am we were being picked up to go and catch a balloon flight.

I had never travelled in a hot air ballon before, and although I thought I would do it some day just for the experience, it wasn't high (pun not intended) on my list of things to do. But this balloon flight was an absolutely amazing experience!
There was between 70-80 balloons all flying in the same area and once we had lifted it soon became a balloon jam with us and three others seeming all trying to occupy the same space and at one stage all four balloons were kissing each other. However, our pilot soon got us up out of the jam and into the free open air where we had excellent views of this amazing area with its fantastic rock formations. We also got to see the sun rise and then we came down again to a point where the sun was hidden behind a large rock so that when we came up again it was another sun rise. We ascended to a height of 5600 ft. which is not far short of the 6000 ft. maximum they are allowed to go to. Out pilot skilfully navigated us close to the rock formations and we even got down low enough to congratulate a wedding couple having their photos taken in this stunning scenery. What a wonderful flight!! 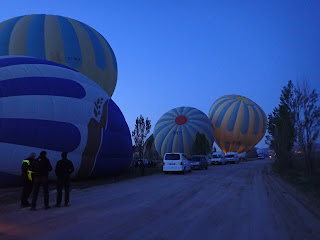 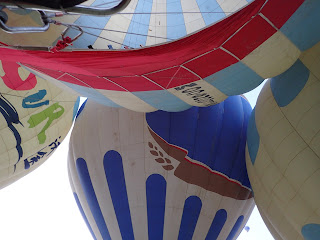 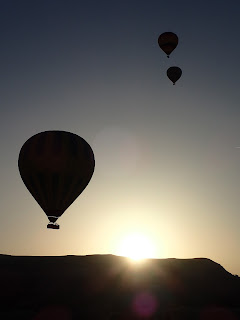 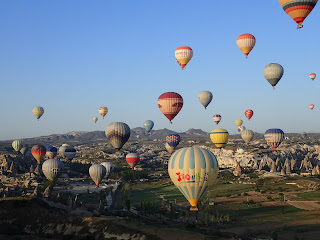 So once back at the hotel we all went for breakfast before deciding what to do with our day off. David and I went for a ride to get some good photos and then on to the underground city which was about 30 miles away. The weather got quite warm today and I was glad to get back to the hotel and out of the hot bike gear. 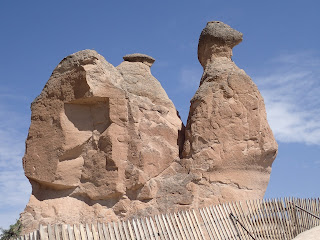 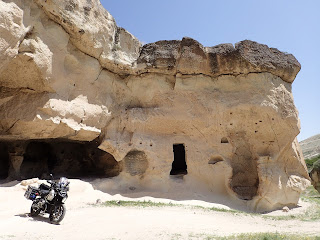 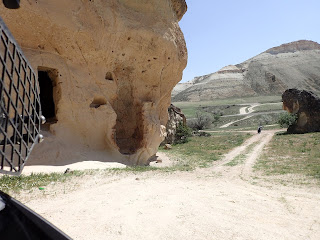 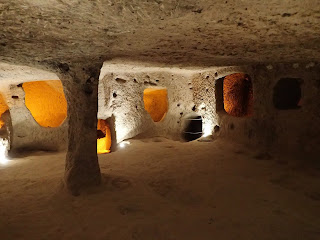