We left the hotel near Mount Nemrut in the morning heading north east and our first photo stop was not far away when we came across a new bridge that they have been building for the last 5 years to replace the old ferry service.

The roads started out OK and I enjoyed some of the fast sweeping mountain bends but too much fun meant I missed the turn off so I took another right a few miles further up to try and get back on track. From here on the quality of the roads deteriorated and it became a game of dodging the pot holes. We also came across several herds of sheep which were often right across the road driven by the local herdsmen and large dogs.

Up until today, we have been very fortunate with the weather but our luck ran out this afternoon when we rode through hail stones and rain, so a few people ended up stopping to put on waterproof gear. From here on it was a case of wet roads with large pot holes and soft rutted patches plus cross winds so I was glad when we finally arrived at the hotel late in the afternoon after doing another day of over 300 miles. 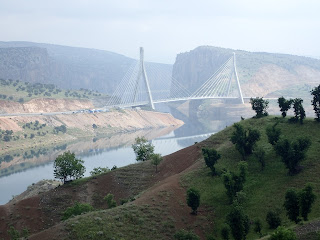 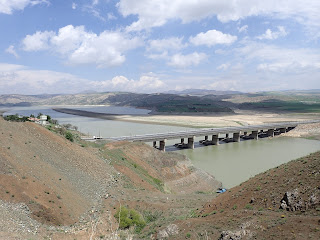 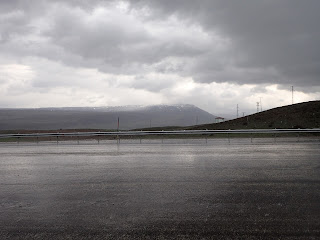