Leaving the hotel in the morning it was bright and a nice temperature, however, once clear of the city and out in the vast openness  of the Turkish landscape, the strong side winds were relentless in their attempt at pushing us off the road and then when we got up higher on the mountain roads, the temperature dropped and the rain started so several riders stopped to put on their waterproof gear. The pace slowed due to the extra slippery road conditions but this was fine as the scenery gave a wonderful view with the snow around us on the road side and mountain tops.

We all met up at a petrol station to re-group and ride the last 10 miles to the border together.
The process at the border of leaving Turkey was far quicker than getting in, but getting into Georgia was somewhat slower, mainly due to the customs officers searching the luggage on every bike. Once in, we exchanged some money and then set off to the hotel which was only about 80 miles away so not a long ride and again the scenery was good but you had to spend more time looking at the road surface because there was so many pot holes.

The locals seemed friendly as we exchanged waves and smiles whilst riding past. We took a lunch break at a small local café which served a good sheik kebab although it did take quite a while to arrive at the table after ordering it but it was worth waiting for, however the coffee was pretty rank but you can’t have everything. The café was very near an old fortress and a fast flowing river so it was also a good photo opportunity. Just a bit further up from the hotel was an old monastery made of dozens of caves set in the rock faces with many rooms cut into the rock behind. 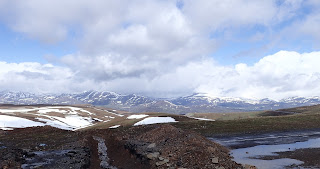 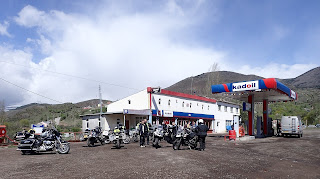 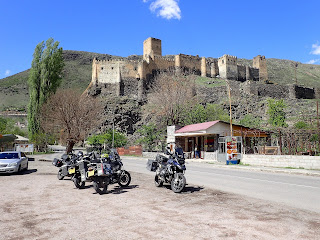 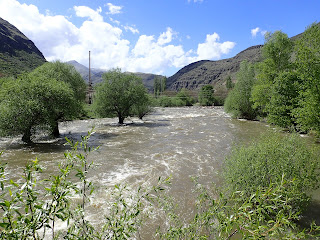 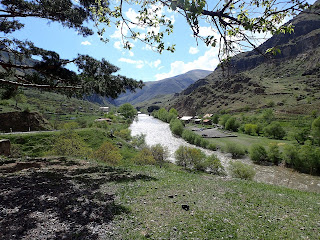 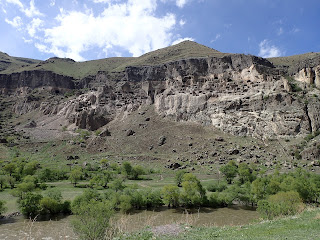