The alarm woke me up at 6:30am after a good nights sleep, and one of the very few mornings that I haven't been awake hours before the alarm has gone off. It was a border crossing day so I need to get my paperwork ready and went to my bike to locate some paperwork which I found in the right panier where I thought I had left it after the last time it was needed. I had a very basic and dry breakfast after the previous day stomach bug although I felt alright in myself this morning. With the bike loaded, we left the hotel going back through the muddy road works for a few miles before getting onto the main roads heading for the border. We stopped at the side of the road where two others had stopped to get photos of an industrial site. One of the riders that had stopped was about to go when he said his bike was smoking. We went to look and his wiring loom was in flames so a couple of the guys got there water bottles and put it out. We then disconnected the battery and waited for the support van to arrive, before we continued on our way.

We all re-grouped just a few hundred yards from the border so that we could all go in together. Exiting Armenia was quick and easy, re-entering Georgia wasn’t too bad either and the process seemed better for being at a main border station as opposed to the smaller and less used one previously. One we had cleared customs, it was a bucket of frogs time as we all went off in our own small groups. David and I also took a diversion into Tbilisi, the capital city of Georgia. The last part of the journey was a twisty road, but I was too tired and there were too many cars on the road to really enjoy this.

It was a great hotel, with a quirky touch, but when it came to ordering our evening meal it was some what caotic, with a long wait of well over an hour for just chicken scewers but they were sure tasty when they did come. Some people never even got there food at all! 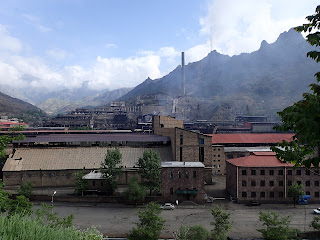 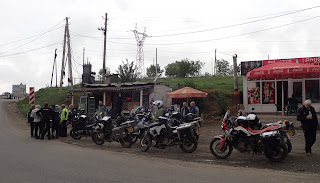 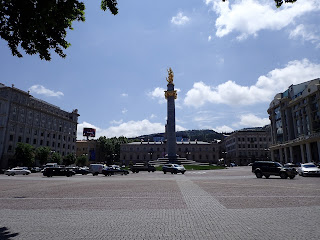 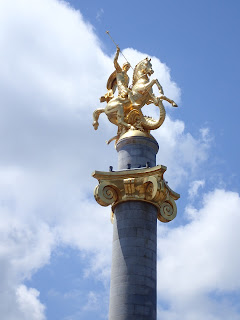 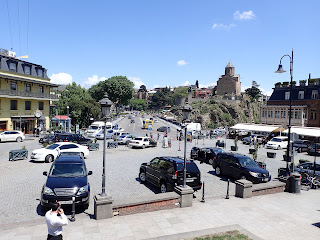 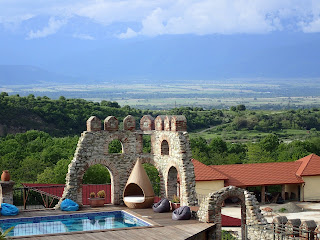 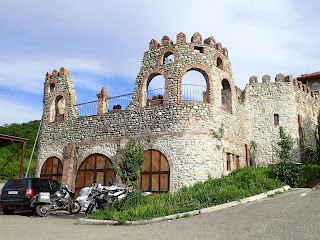 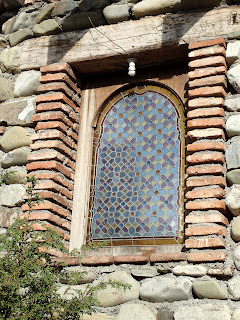