As you would expect, riding across the Turkmenistan desert was hot and having to do 360 miles in this heat was tiring too. But one of the highlights of the day had to be seeing the camels at the side of the road just waiting for their photo to be taken. Well that is until you get off the bike and point your camera in their direction, which they then turn and walk away, but me being persistent in getting the photo I followed and even tried talking to one asking the nice camel to stop for me which didn’t seem to help one jot but eventually I got a photo whether it liked it or not. 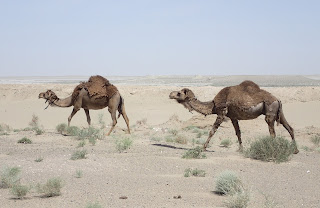 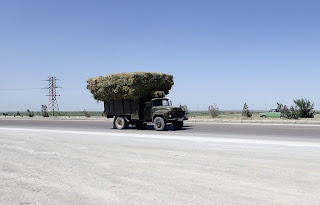 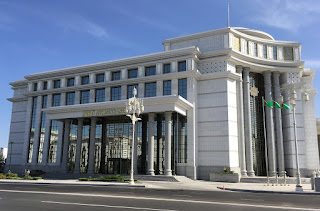 When we arrived at the hotel it certainly looked very grand standing opposite the palace, which you are not allowed to photograph for some unexplained security reasons. In fact, you are not even allowed to walk on the path next to it, and if you do one of the soldiers will immediately come and turn you back around to the other side of the road. Also, internet access here is restricted similar to China where FaceBook, WhatsApp and other social media sites have access denied. I got around this using my VPN connection which I then setup on two other group members laptops. 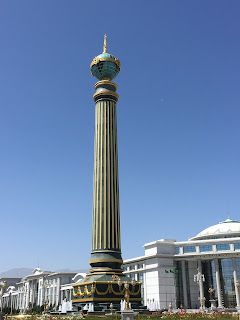 We have two nights here and on the second day there is a city tour which I am not going on as I need to recover some energy by resting my eyes and my stomach. However, I did manage a short walk amongst all the marble buildings but it was very hot outside, so I shared a taxi back with two others from our group that I met outside a bank. 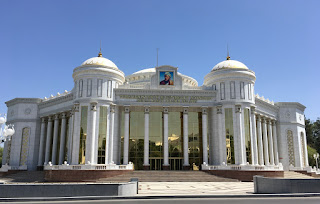 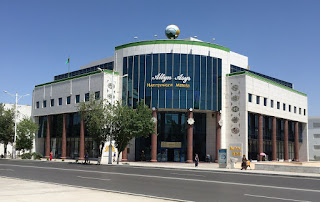