The road out of Khiva was much better than the road we took going in, and what’s more, we eventually got onto a concrete 2 lane road in excellent condition which lasted for mile after mile cutting its way through the desert terrain. There was little point on photos as it all looked pretty much the same with the exception of a bit of water in a few places, great to look at but I didn’t think it would look so good in a photo so didn’t stop. But all good things come to an end as did this lovely road  and quite abruptly too, which all of a sudden turned into a normal cracked, pot holed and rutted surface and so the game of dodgems began once again. The desert road is often long straight and boring so not may photos. 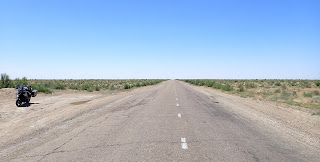 Fuel was scarce, well petrol anyway, most stations seem to sell LPG gas (either Methane or Propane) as they have plenty of that here, but hardly any of them had petrol in stock, well not that they would admit too. I eventually came across one small station that advertised it had some and indeed it did, but it just seemed a bit a bit dodgy to me. You had to say how many litres you wanted, pay an over the odds price for it and then they dispensed it out of a pump that didn’t recorded how much was being put in and you just had to take their word for it. But I paid for 15 litres as I was extremely low and did not want to run out in this heat of high thirty’s. However, many of the group didn’t get fuel and arrived at the hotel close to empty.
At the evenings group meeting we learnt that petrol was available on the black market and that our fixer was going to arrange for the petrol to be delivered to us at the hotel during the rest day. So what is all this about, some sort of corruption scheme going on?
On the rest day we had walking tour of yet another interesting Silk Road City of Uzbekistan, and like Khiva, the Bukhara old town is all listed as a UNESCO World Heritage Centre, only larger with more mosques and madrassas to see… 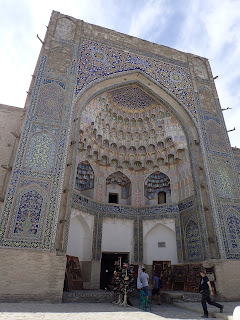 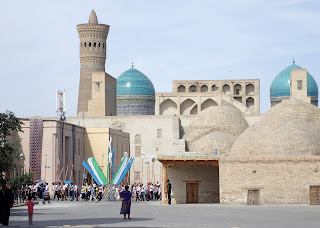 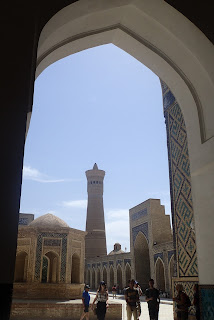 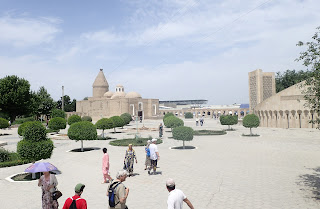 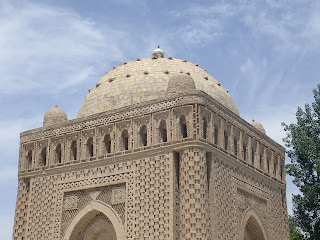 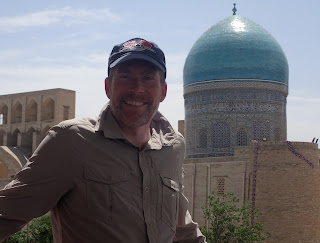