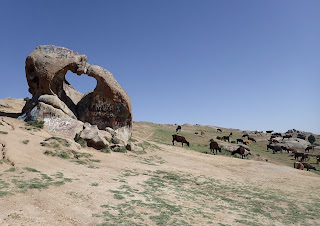 The first photo stop of the day was whilst heading up towards the mountain pass where I stopped to take some photos of an unusual rock formation, which had graffiti all over it but made for a good photo none the less. 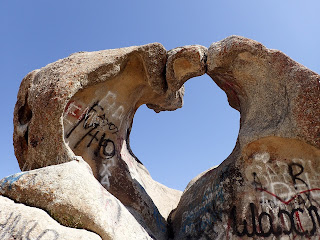 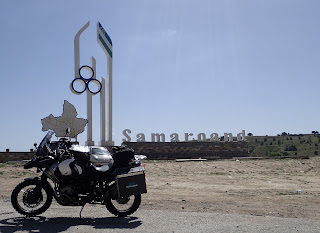 On the way to the next stop, one kid through a half empty bottle of water at me and he was quite a shot as it bounced off my pannier. I couldn’t quite make out whether he threw it to be funny but by the there was no smile on his face, so I guessed he was just being mischievous! 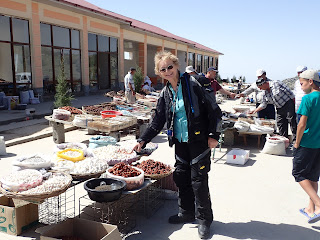 The next stop towards the top of the pass was at a small market, chance to take a few more photos before moving on. 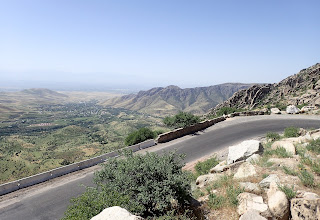 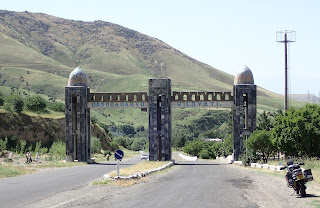 There was a few other photos taken along the way today which was just as well as there was not much to see here in Termez. 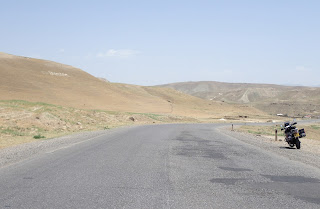 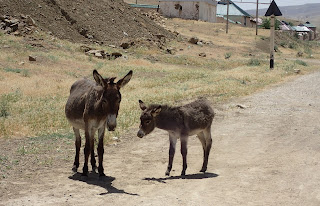