There was a buzz of excitement amongst the group as we got ready to ride the start of the Pamir Highway today, also known as the ‘Roof of the World’ as it was once claimed to be the second highest altitude international highway of the world. But I am not sure if this still stands true today. 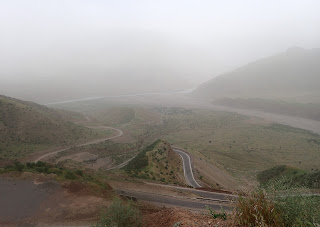 The overcast of clouds meant that the temperatures kept cooler than expected but the mist that was hanging around meant that any photos taken appeared duller than I would have liked.  A short wet spell meant that the TKC 80 tyres struggled for grip, especially on the concrete surface sections but grip was restored once it dried out 30 minutes later. 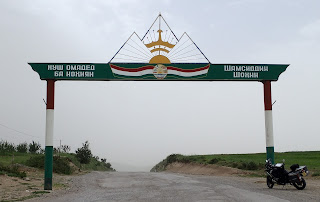 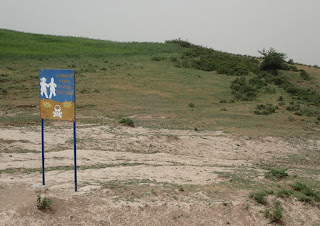 On one of our rest stops I noticed a sign warning that the area was mined showing the image of people with their lower legs blown off.

However, the next hazard was the guns being pointed at us, laser guns in the hands of the local cops who were pulling people over left right and centre for allegedly speeding., some paid fines and some didn’t. Luckily for me, I avoided getting stopped at all, but that is not to say I wasn’t speeding, just that I was being good in the right places.

There was a few military checkpoints on the road today and luckily for us when we arrived at one particular one the support van was not far behind so the fixer jumped out and sorted it out without us all having to give our passports over. This was just as well because they were about to close the mountain pass so we all got going again quickly. However, a few miles down the road the road works had already temporarily closed the road so there was a backlog of trucks and the rest of our group already waiting there. 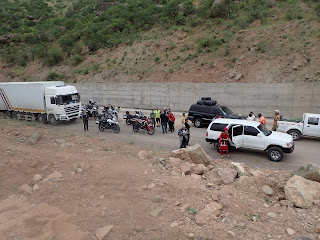 Once we were given the go ahead to get going again the bikes got to the front and rode through the gravel surface between the plant machinery. The problem was that to our right was some great scenery, so I made a few rapid photo stops, not sure whether I was supposed to be stopping or not in the road works area, but the views needed capturing so I did anyway. Once clear of the road works my stops became more frequent and longer, taking the time to soak up the atmosphere of this amazing place. 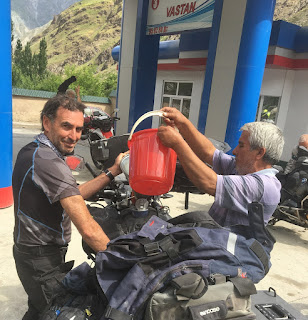 When we got to our destination the local garage was serving fuel by the bucket, with 10 litres in each bucket load, before the man went back into the office to refill the bucket from the dustbin full of the 92 grade petrol.  The office raked of fuel and it certainly wasn’t the place to light up a cigarette! 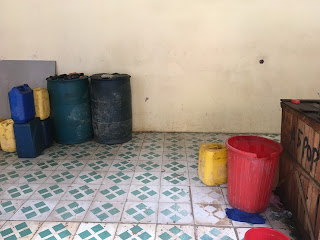