The day started quite damp and as we climbed the pass it just got wetter and colder. 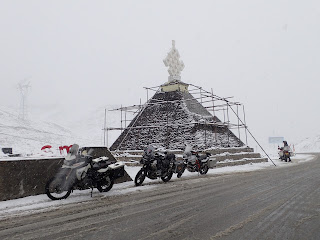 Then we saw the trucks that were coming down had a covering of snow on the front of their cabs and this was not a good sign. Sure enough as we approached the summit the snow came down and the temperature dropped to 0.5 degrees.

However, as we descended the other side the snow stopped and the temperature rose revealing the lush green on the mountain side. 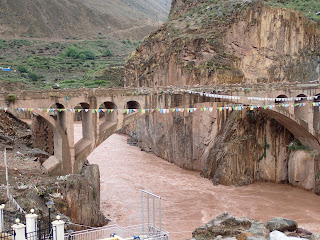 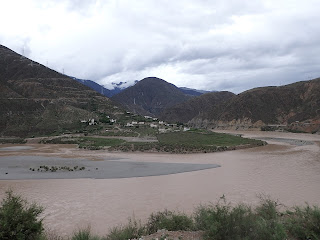 We crossed the Mekong river today via an old Tibetan bridge which made for a great photo stop and later crossed was the Yangze but this was not so photogenic as the Mekong. 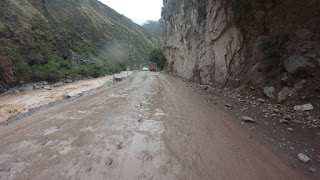 The last part of the ride on the Sichuan-Tibet Highway was awesome with narrow roads and a rock face one side and the rushing waters on the other side.
There were plenty of sections that with broken up road or rock slides blocking half the road meaning that the trucks were backing up as the ones in the other direction proceeded cautiously, and then us motorcyclists bypassed many of the queues riding down the side and waiting our turn at the front to negotiate the hazards before us. 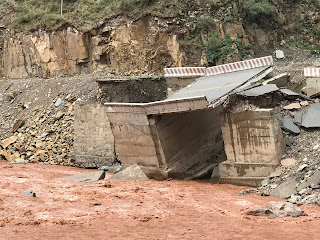 There was one section where part of the road had completely collapsed but they just made another temporary road to the side to keep the traffic flowing.

It was such a thrill to ride this part of the Sichuan-Tibet Highway and made for another excellent Sunday ride out that beats the normal run to the café back home anytime!