The ride from Mnt Emie to Chengdu was not a long ride, but there was a stop early on which took up some time. 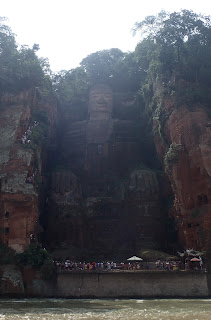 This stop was to catch a boat ride to see The Leshan Giant Buddha. At 71 meters high, this is the worlds largest and tallest stone Buddha statue and is carved into a rock face so that the stone sculpture faces Mount Emei.

The only problem was that the early morning sun was rising from behind the statue and this meant that the photos didn’t turn out as well as I hoped. 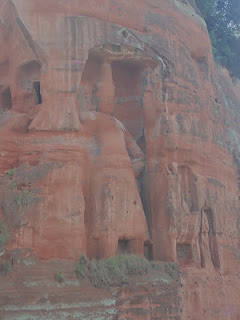 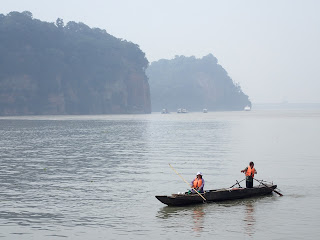 There was no other photo stops that day apart from when a couple of us stopped at a car wash to get our bikes cleaned ready for maintenance checks.

Our ride into Chengdu did not go quite as planned but we did eventually get to the hotel despite the fact that we ended up on the express way where motorcycles are forbidden and also rode our bikes through a pedestrian and cycle area in order to get around a closed street, but we got away with both so it was mission accomplished.
Thankfully we were not the last in as there was still three other riders out there!