The plan was that we nipped down to the statue of the 'Eight Imortals' on the sea front to get a group photo before too many tourists appear. Well when we got there, we found that the tourists got up before we did and it was a job getting us all together without the tourists bombing our photo. We did eventually get some photos before we left to get on with our ride for the day. 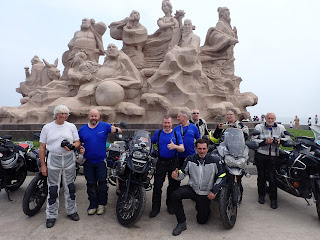 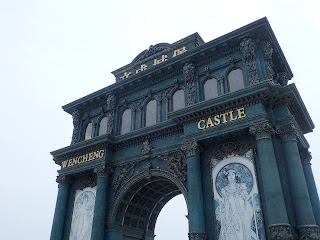 It was a shorter ride to Weihai which is a coastal town on the Yellow Sea, and our last  destination in China as in a few days’ time we hope to be getting on the ferry to go across the water to South Korea.
Again, not a real interesting ride but there was something that caught my eye as I rode past and after thinking about it for a mile or so past, I turned around to go back and get some photos. 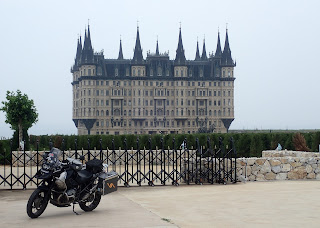 This was Wencheng Castle and it was huge. I couldn’t get as close as I would have liked but I was close enough to capture this magnificent place with my camera.

That evening some of us went to a motorcycle event in town to which we had a special invite. There was a gathering of about 300 motorcycles earlier in the day and this was their after party. 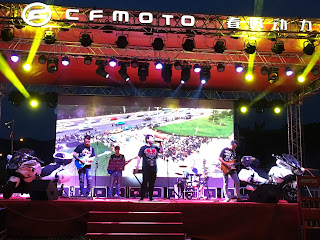 We received a warm welcome and as we had got accustomed to by now, lots of them wanted their photos taken with us. They provided us with drinks and nibbles although I kept off the alcohol as we had to ride back to the hotel. It had a buzzing atmosphere with the live music and dancing on the stage and they even dragged us up on stage for some dancing at one point. We stayed for about a couple of hours or so before going back to the hotel.