My plan to leave early this morning so that I had time to do the longer coastal route fell into place nicely and in fact I was the first to leave as some of the others were going to view a Japanese Garden in the morning, but I chose to make the most of my riding time here in Japan, and what a great ride it turned out to be. 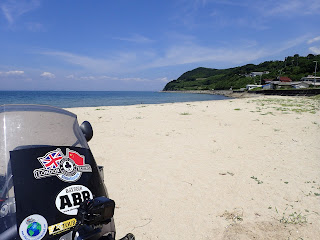 There were a few locations where I did have to carefully manoeuvre the bike on my own down narrow paths and in sand without dropping it or getting it stuck in order to get the shot I wanted, and most of the time it was worth the effort. 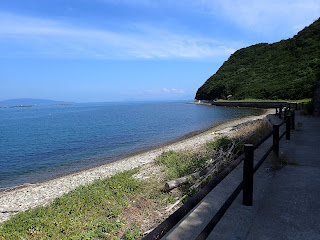 I also found a nice spot after parking the bike and walking along the shore where I sat and listened to Otis Reading 'Sitting on a dock of a bay' song whilst the sea gently washed up on the rocks where I sat making the most of a nice peaceful moment on my own! 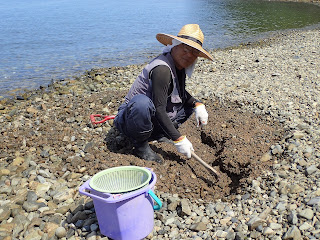 Upon walking back to my bike I saw a local man digging on the beach so I went down to find out what he was digging for and ask if I could take his photo. Of course neither of us spoke each others language but we still communicated weel enough for me to learn he was after worms. He allowed me to take his photo before I left him to it and went in search of the next photo opportunity. 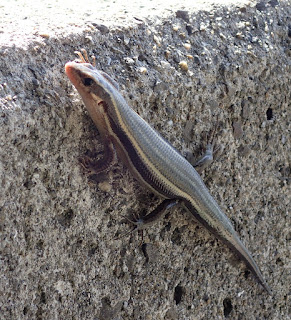 And actually it was only a couple of minutes before the next subject came into view when another local, all be it a bit more shy than the last one, stepped out for a photo session! 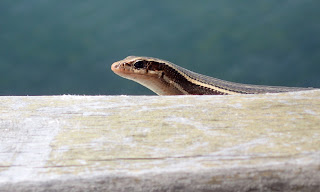 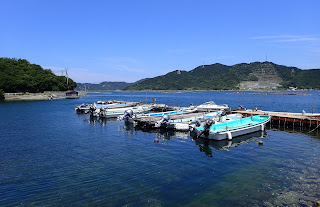 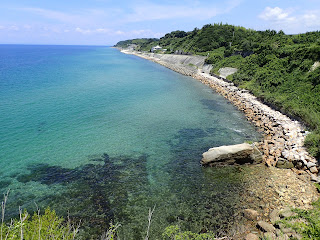 It was proving to be a very good day for the camera and I as I slowly made my progress accros the islands. 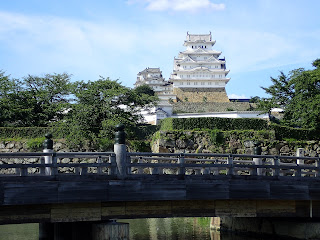 Before going to the hotel I stopped off to look at the Himeji Castle, well known to be the best example of its kind in Japan, and it certainly did look impressive inside and out. 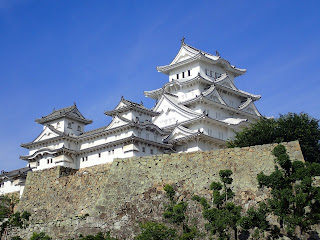 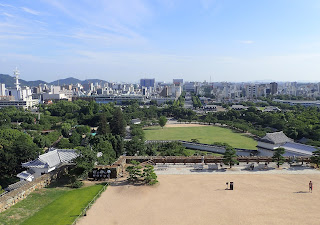 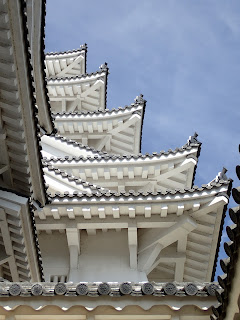 I did meet one or two others from the group there that had been to the hotel already, got changed into something more suitable than bike gear to walk around this castle complex. But due to my numerous extended stops I didn’t have time to do this, which meant I had to carry my motorcycle boots as I walked around the inside of the castle, but I did end up parking my bike in an underground car park for free so that turned out to be a positive note to end the day on. 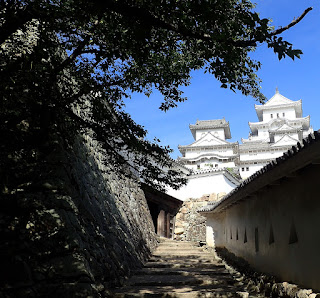