Today was a rest day in the ancient capital of Japan, Kyoto. After a lazy start to the day, three of us headed off to see the Nishiki Market in downtown Kyoto. 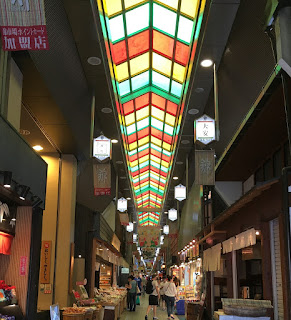 The market is a narrow covered street, with a bright colourful centre section and the individual shops sell traditional foods like fish and other seafood including miniature octopus, eels, scallop, squid and even sparrows plus fresh vegetables, nuts and seeds. In fact any of the foods that are generally served up in the local Japanese restaurants or that the locals eat at home. Some of the shops give free tasters and some sell some of their produce ready cooked for you to try. We bought some shrimps and scallops which were all delicious. 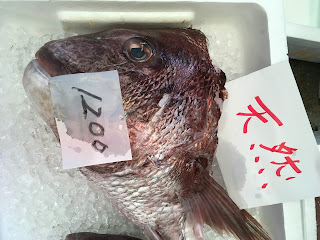 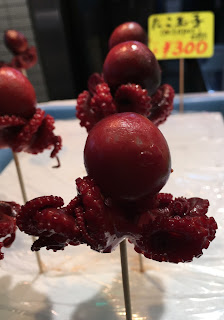 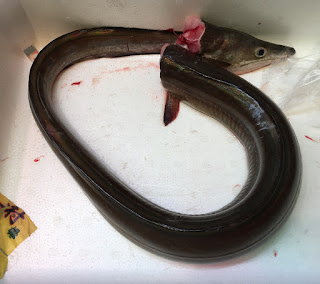 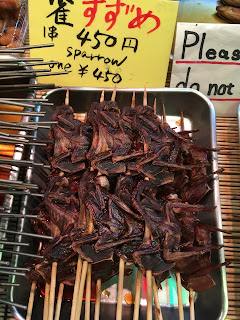 It was relatively cool in the market place but once we were done and started to walk back to the hotel, the heat was noticeable so we had to stop for some refreshing Heineken beer on the way back!

I spent the afternoon sorting out my camp bag and seeing what I could fit in to the new expandable bag that I purchased at a market in Seoul. It was a good exercise and I found that apart from my Kriega bag, which would be my carry-on flight bag, everything else would fit into the new bag so good news there. 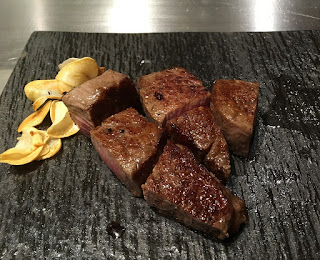 That evening, a few of us went out to a very nice restaurant which specialised in Japanese steak, and the renowned Kobi beef in particular which is what we all wanted to try. Everything was cooked right in front of you by an experienced chef. The Kobi beef was every bit as good as I expected, but then it should be for the price it costs.

When we got back to the hotel we carried on with the evenings spirit and stayed up until late playing the dice game that had become so addictive to a few of us.