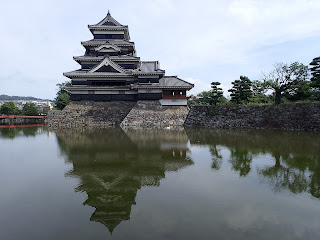 This morning a few of us were going to see the local attraction, Matsumoto Castle, the oldest of its kind dating back to 1595. It is again one of Japan’s premier historic castles, along with Himeji Castle that I also visited recently, but the one distinct difference from Himeji, is that this is painted black in colour. Time didn’t allow us to enter the castle but we did walk all around the outside while Hiro gave us some information on this and other associated Japanese history. 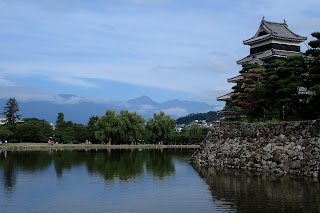 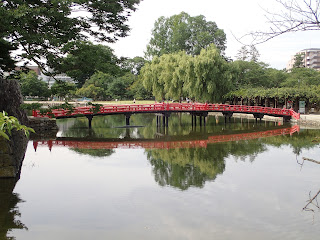 Hiro then led us out of town and into the mountains. As usual I was looking for photographic locations and was hoping that as we climbed higher we would get some great views, but this was not easy for two reasons; the side of the mountain was covered in trees obstructing our views and on the odd occasion you could get a glimpse through the trees it was evident that the cloud base was very low, meaning any views that may have been there were now absorbed into this greyish white layer. 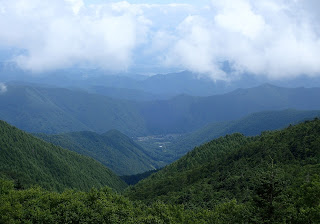 However, we did eventually get a clearer view the other side of the mountain, or was it another mountain all together, I wasn’t sure as the tight twisty road took us up and down so much I lost any such sense of location, but then some would say I didn’t have a lot to start with! 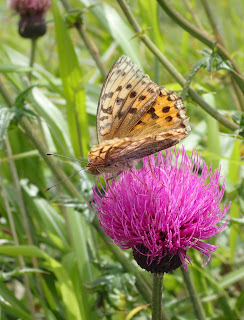 Down came the rain forcing us to pull over and put on the waterproofs. This pretty much ended the photos stops even though the rain dried up later on, either the scenery was not good enough, the light was not right or I didn’t feel like stopping, but tomorrow is another day that may bring more opportunities.