The plan for the final days ride in Japan was planned that we went our own way to start with and then all meet up between 1-2 pm to ride a s a group to Triumph Tokyo where they will host a welcome event for us.

Kevin did ask me to try and be on time today, I just laughed and said sure thing. Although, as I had decided to ride on my own this morning, it was no sure thing at all, but I would try my best! 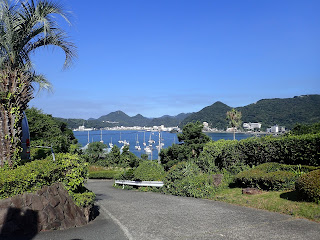 The mornings ride was a in the mountains again, but this time the roads were wider and more open space around them. Quite a few of them were also toll roads which was a little annoying having to keep stopping and paying for each road you turned onto. I would much rather pay one larger toll fee and ride where I like. Of course, these roads were also much busier meaning more cars, more yellow lines, thus more controversial over takes, but I was getting used to this now and didn’t find it anywhere as frustrating as the first couple of days riding in Japan. These roads were also very popular with local motorcyclists on a variety of bikes but mostly big sports bikes. 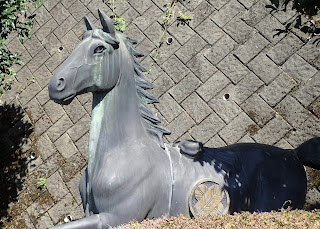 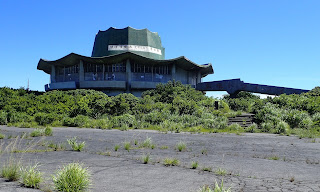 I didn’t stop as much as I thought I might for photos, but there was one place that really did grab my attention and this was an old abandoned building on one of the mountain passes that was roped off, which I just stepped over to take a closer look with my camera in hand.
It had a funny green hat like roof and on the side of it said, ‘Global Environment and Energy Museum’. It was a quirky building that now had several smashed windows, graffiti and all over grown foliage around it which due to my fear of spiders, stopped me exploring it as much as I would have liked to. 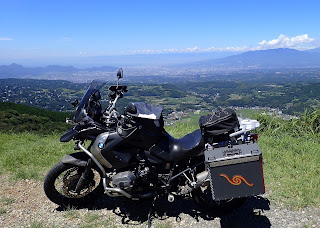 Despite getting a little off route due to navigational issues I arrived at the meeting point just before 1:30pm so that turned out to be just fine. 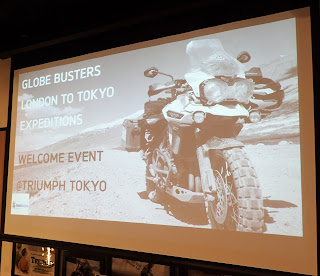 At 2pm we rode as a group with Hiro leading for the final 35 miles through crawling traffic on the express way and busy city traffic as we got close to Triumph Tokyo, where despite most of us turned up on BMW’s as there was just three Triumph’s amongst us, they still gave us a great welcome with food, drink and gifts which we all appreciated very much. 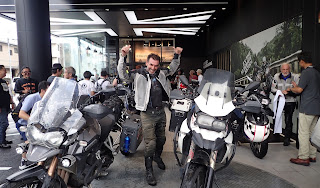 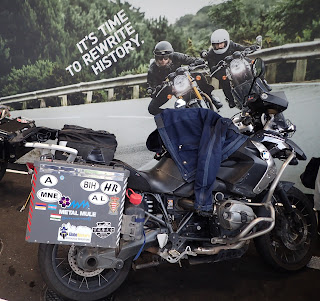 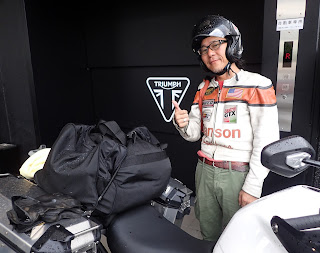 Hiro, our Japanese guide and an excellent rider! 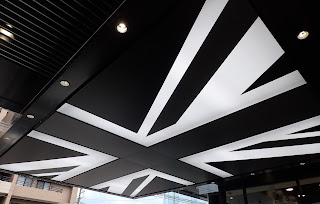 The three of us going to the USA met the Japanese shipping agent for air freighting our bikes which they would collect from the Triumph dealer the next day whilst the rest of the bikes got collected to be sea freighted back to the UK.
Posted by GP at 19:46