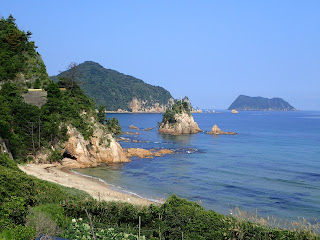 From early on this morning we rode on what had to be the narrowest and most winding coastal road of the whole trip! God only knows how Pete got the large Sprinter van down the same road, but looking at it when he caught us up later on, the marks from the tree branches on the side suggested it was a tight fit! 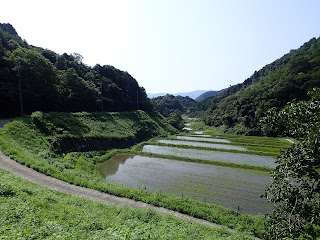 We then went inland and continued on some winding country roads through the lush green countryside for several miles before stopping in the middle of a bridge, well actually it was the top of a dam, where I sat on the top with my feet dangling over for a great photo! ‘Just don’t look down’ I said to myself, however, as I was also the one holding the camera, I didn’t have much choice! 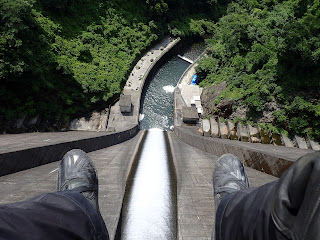 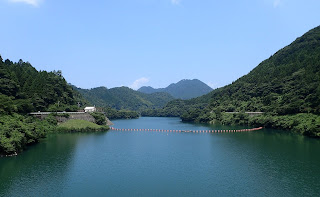 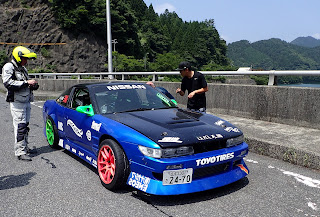 It was at the dam where we met a Japanese guy in his racing car, who was off to a local circuit to do some drifting. He invited us along so the four of us followed him to a small remote private track where we found several other people with various cars there too. 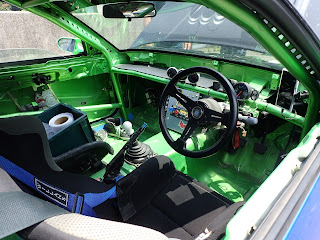 Amongst them were three U.S. service men, and two of them had what looked like a beaten up old Nissan with the roof, bonnet and front wings missing. Apparently this was due to a previous accident where they rolled it and to get going again they just cut off the roof. 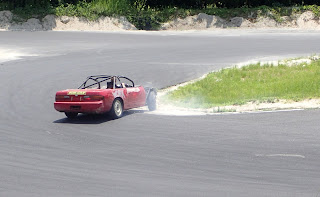 It was amazing to watch the drivers of various skills practising their drifting techniques where some of them had got it very well while others just spun out mid corner. 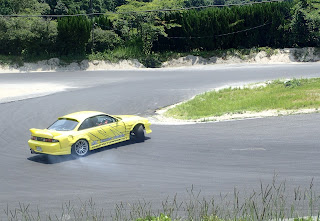 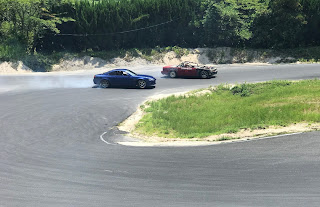 After a while ‘Eric’, (one of the American’s) asked if any of us would like to go in the passenger seat for a few laps. We all said thanks but no thanks, however with the other three firmly saying no and almost quivering at the thought of it, I decided to step up to the offer and said, “OK, I will have a quick go, but don’t blame me If I am sick”. So I got in the car, not the old banger, but a smart blue Nissan Silvia, fastened the seat belt, chose two objects to grab hold of and off we went to the circuit. After a couple of warm up laps we got into full flow and with the tyres howling and screeching as we proceeded to drift around the circuit, just us to start with then chasing another car going side by side narrowly missing the other car when it spun out in front of us. Thankfully I didn’t feel sick once and was actually quite enjoying it, though I must admit I was slightly concerned when he said we may go air born over the hump, and as the car was sideways at this point, all I could think about was the car rolling. But credit to Eric, he was an excellent driver and I felt that I was in good hands. We stayed out there for at least 16 laps, of which Eric said, ‘just one more lap’ for at least the last six of them! It was a great experience watching it in such a close up environment, let alone having the amazing opportunity of riding passenger. 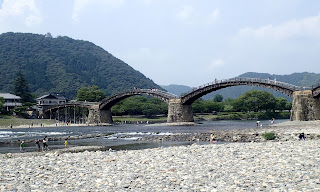 Our ride away from the track was at a more sedate pace as we rode towards our next stop which was ‘Kintai Bridge’, a historical wooden arch bridge spanning the Nishiki River. It was a nice picturesque view but with the temperature in the high 30’s and high humidity, walking up the steps near it was out of the question in the bike gear, let alone walking across it, so we settled for a cool drink in the shade before riding on to Hiroshima. 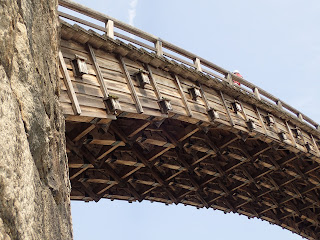 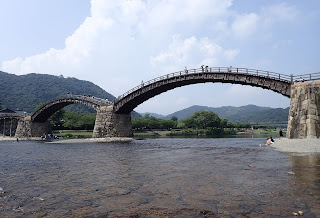 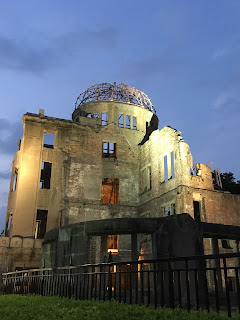 We arrived at our hotel in Hiroshima hot and bothered so just crashed out in our air conditioned rooms before getting showered and changed for the evening meeting.
Once the meeting was over it was round to an Irish Bar for a quick drink before walking to Peace Park where we saw the ‘A-Bomb Dome’, the building left partially standing after the Atomic Bomb went off directly above it on August 6th 1945. 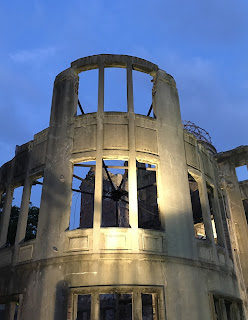