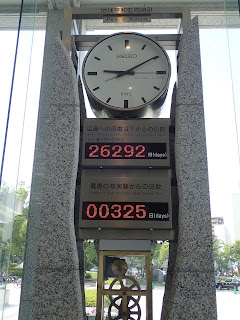 The day started with a walk to the Hiroshima Memorial Museum. It was in interesting place from the start when we viewed the Peace Clock whilst standing outside waiting for the doors to open. It showed the time as you would expect and also the number of days since the atrocity happened, but in addition to that, and what I had not expected to see, was that it also showed the number of days since the last nuclear test. The museum had a lot of information about the city, both before and after the A-Bomb, shown in text, photographs and electronic displays. There was an eerie silence to the place as everyone quietly went around the displays and no doubt reflected upon what had happened back on the 6th August 1945. 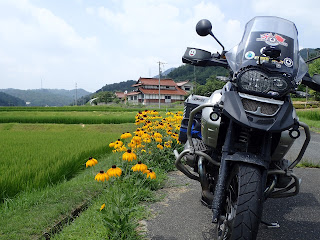 So it was a late start to the days riding which was thankfully not a big mileage day but did end up taking up a lot of time.
We rode through the narrow streets and then into the countryside and winding roads heading towards some islands where we took the express way over the large suspension bridges in between the islands dropping off to have some coastal rides around a couple of the islands. Despite the slow traffic, and narrow coastal roads, the scenery was good and provided a few nice photo opportunities. 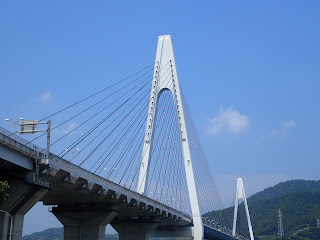 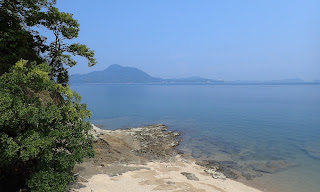 The stay tonight was in another traditional style Japanese hotel with Sashimi for dinner, but most of us didn’t bother wearing the Kimono’s this time.