Although it was a day off, it was still an early breakfast as today we had a trip organised to go and see the ‘Terracotta Army’.

It was in 1974, when they found the first life-size clay soldier poised for battle whilst digging a well just outside of the Xi’an city. This then led to the discovery of many platoons of clay soldiers that were buried with China's first emperor, Qin Shi Huang Di, to accompany him during his eternal rest.

It has been a major tourist attraction for several years and continues to attract many tourists every day. 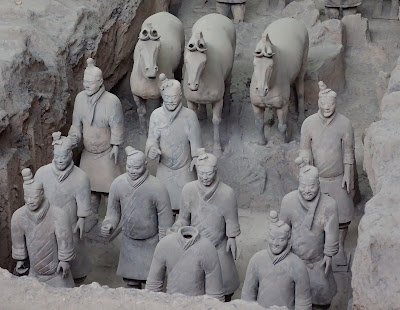 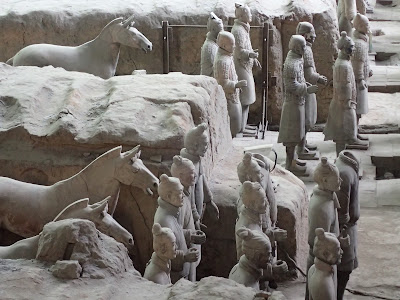