The morning sun was warming up the air, and as we approached the Incheon docks in South Korea 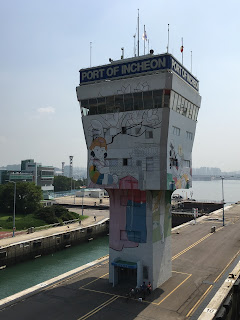 I saw this magnificent bridge that would have been great to ride over but I was then told that this is part of the express way system that motorcyclists were not allowed to use.

Apparently Harley Davidson were going to try and have discussions with the Korean authorities in getting this silly rule changed as it was hampering their sales of motorcycles in South Korea. Good luck with that one! 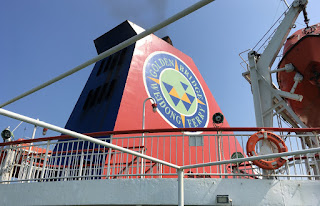 Once we got off the ferry and had been through the passed through immigration, we were greeted by our Korean guide, Mr. Hong who was going to be with us throughout our stay in South Korea. He then introduced another chap that was going to oversee the customs clearance of our motorcycles. It all seemed very efficient compared with the entry into China six weeks ago. 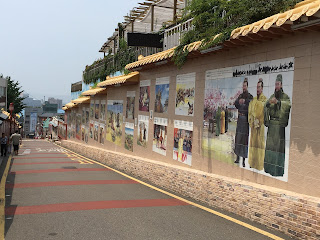 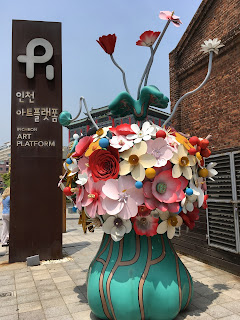 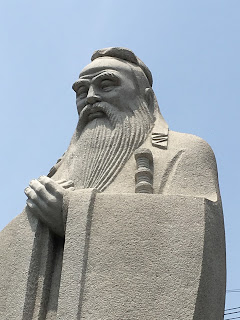 We were then taken to a waiting coach where we then started a tour of Incheon and taken out for lunch at a Chinese restaurant. Mr. Hong was very knowledgeable about the area and guided us through China town where we saw a statue of Confucius. Confucianism is a big part in Korean culture, and as he was Chinese, I guess it's only fitting that they have a statue of the him in China town. Further on in a park up the hill we see the statue of General Douglas McArthur. He was a U.S. Army general who led United Nations forces in the Korean War (1950-1953). 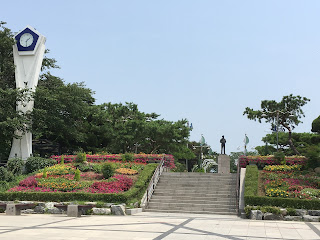 It was also in this park that we saw some locals playing board games under a covered area. 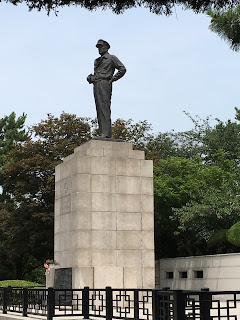 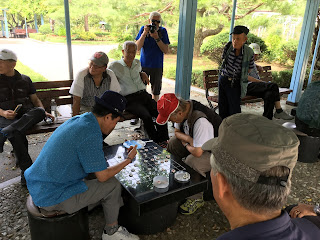 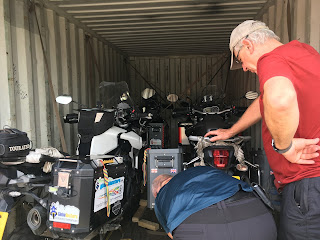 The hotel was in Seoul and we had to follow the van with the guide in. It was very warm and the Seoul traffic was extremely busy. I guess with over 3 million cars in the Seoul area, it was probably just the norm.
Posted by GP at 07:31