Today we took a coach ride to the DMZ area on the border of South and North Korea. It was a very commercialised tour with a strong hint of Americanism to it and proved to be quite an attraction for western tourists.

The Demilitarized Zone (DMZ) was created during the Korean War Armistice Agreement, which ended the Korean War. This 155-mile long military demarcation line (MDL) with a 2-kilometer wide demilitarized zone on each side that splits the Korean Peninsula in half. 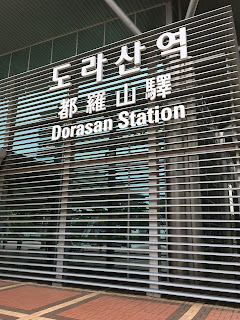 The first part of the tour was where we went to Kaesong Industrial Region, the once shared industrial area between South and North Korea. There we saw the empty train station and industrial buildings that once provided a bit of co-operation between the two sides. However, tensions between the two sides meant that restrictions often were applied until in the end it was closed in 2016. Perhaps one day it will open again? 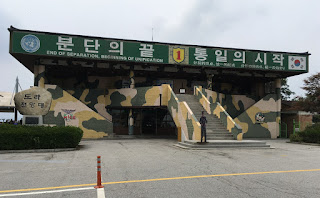 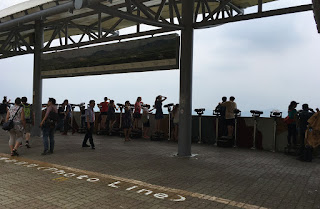 The second part of the tour you go to an area where you can put a coin in the binoculars and see into North Korea. It is OK but I reckon they could have made more of it. 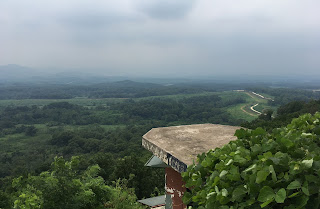 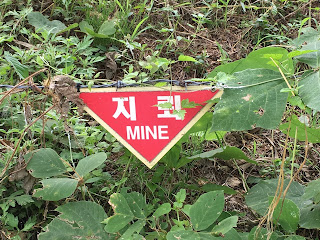 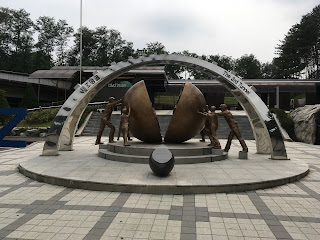 The third part of the DMZ tour is where you see a short 8 minute film giving you some information about the South Korean’s finding the tunnels that the North Koreans had dug under the DMZ and into South Korea ready for an invasion of troops. We got to walk down the third tunnel found to the point of where the South had blocked it up. Naturally when the tunnels were discovered the North Koreans denied all knowledge of them and it is suspected that there are more tunnels under the ground that have not been discovered. 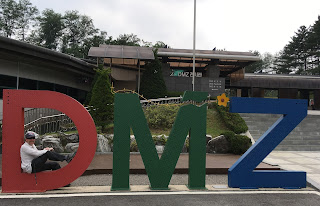 There is another area called the JSA (Joint Security Area) where you can see across into North Korea and see where the North and South guards face each other, but this required pre booking in advance, like weeks in advance so we just did the DMZ. However, I think the JSA would be worth doing if you could pre book this for when you are going to be in Seoul.
Posted by GP at 15:01