It was a dry and bright start to the day and almost a hint of blue in the sky, or was that my optimistic eyes playing tricks with me? 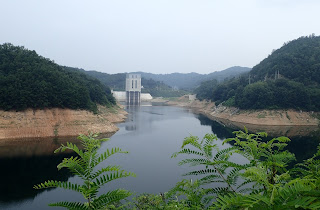 The riding was once again superb amongst the lush green scenery. 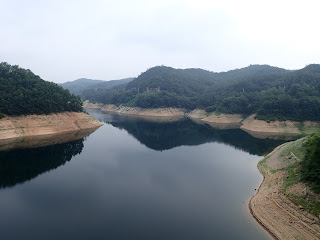 I found some really nice spots for photos but as the day went on it became more and more overcast so some of the photos aren’t looking as nice as I had hoped for. 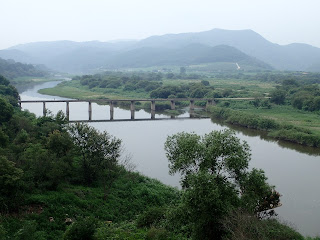 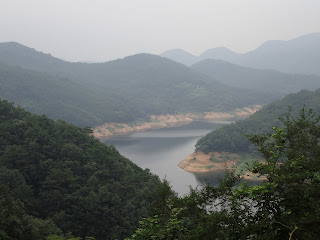 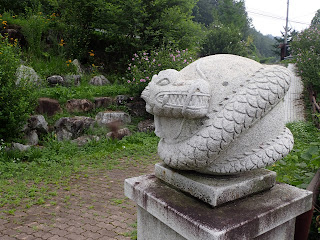 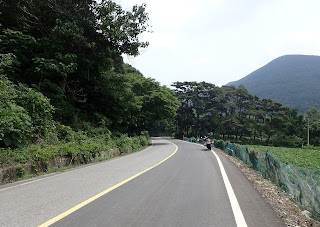 It was nearing the end of the days ride while a few of us had stopped for an ice cream that it started to spit with rain. Just a little at first but by the time were kitted up ready to ride, the rain drops increased in number and intensity. We pulled up under some trees but soon realised that this was not a quick passing by shower and that we would need to at least put our waterproof jackets on, which we did before proceeding any further. Well within another couple of miles the heavens opened and the storm was right overhead with thunder bellowing and lightening cracking fiercely at us. We rode along the road in the outside lane, because the inner lane that was flooded in places by several inches of water, but the vehicles in that lane kept showering us with water so we was getting a soaking from above and the side and got to the hotel rather wet.

The hotel or accommodation for the night was not a normal hotel, but a traditional Korean style place where you sleep on a mat on the floor.
Posted by GP at 12:59