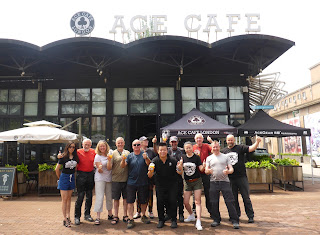 We went back to the Ace the next morning to collect our bikes and take them to the new Beijing BMW dealer, who were going to be servicing the bikes and fitting new tyres ready for part 2 of the adventure. 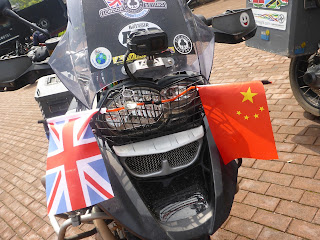 The dealership was in a place where there were lots of other car and motorcycle dealers and their premises were quite large with a good range of BMW clothing available on the ground floor plus other brands on the first floor. Several of us were trying on new gear and I ended up buying a new vented jacket and gloves as I was getting too hot in my Klim jacket.

The following day we had a bus ride to see and walk on a section of the ‘Great Wall’ where we had a fantastic time on the wall plus a bonus section of seeing and walking on some of the unrestored wall that was not open to the public. 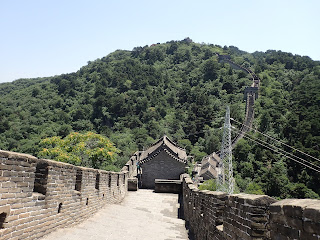 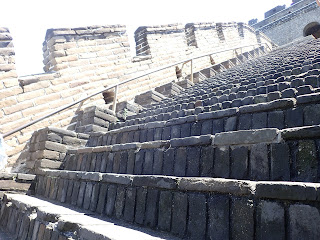 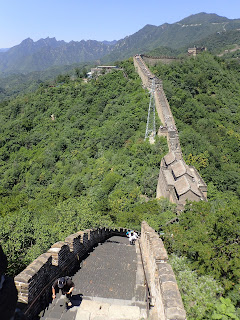 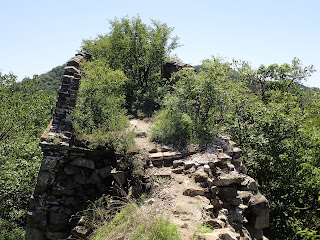 This was part of the un-restored wall where the public are not allowed! 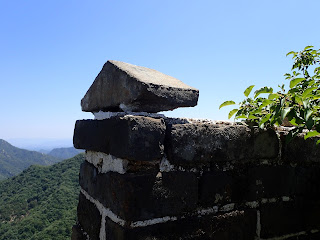 When we had done with the wall we came down via the toboggan sleds that run in a stainless steel track all the way back down to the lower level. Now we were not the most best behaved of visitors on this run down but what you have to remember is that we are not normal tourists either. There was eight of us that had just ridden 13000 miles on motorcycles across varied terrain and had now been of our bikes for a while that meant we needed that speed thrill and craziness we have been accustom to for the last three months riding amongst the Chinese drivers, so what did they expect. I think we broke about every rule they had and were constantly shouted at by the Marshall’s on the way down for doing this or that wrong, but we just laughed and carried on right to the end. We were so hot after all this excitement that some of us didn’t care about the extortionate price of the ice cream on sale and paid the 8 or 9 pounds for two scoops in a cone.
Later that evening we had our final group meal for part 1 of the trip at a very nice duck restaurant in Beijing. After that a few of us went off to some music bars for a late night out and a bit of fun at the karaoke. Well it was fun for us but probably not for anyone else that was listening!
The following day was a rest day for me as not rolling in until 3am meant I was not very bouncy early in the morning so I didn’t go sightseeing in favour of having a lie in before I went to the main China Post building with our Chinese guide Andy to post some more stuff back home. This was mostly souvenirs, to help lighten the load and give me some space back in the panniers ready for part 2 of the trip.
Posted by GP at 04:14