It was great to get back on the bikes again, but it was hot and sticky riding through the city traffic, which was made worse by the fact that we had to follow the van as our Korean guide was in the support van and he was guiding us through.

We stopped off for a quick look at Hwaseong Fortress, before going on for lunch. After lunch, two of the group followed the van again to see a tomb and the rest of us followed Kevin which was good as we were now all on motorcycles and the afternoon route was a lot better in the way there was less traffic and more scenic winding roads. 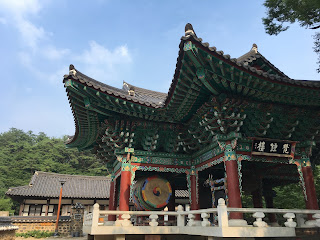 Later in the day we stopped to have a look around the beautiful old Magoksa temple which provided some nice photos before the last stretch of the days ride where four of us rode alone into Daejeon. 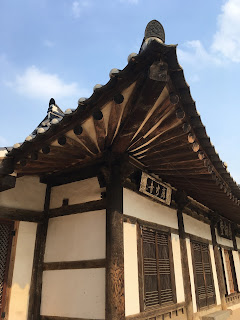 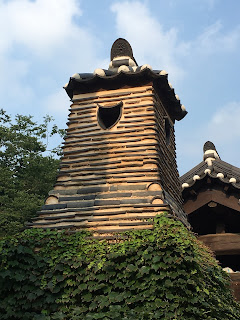 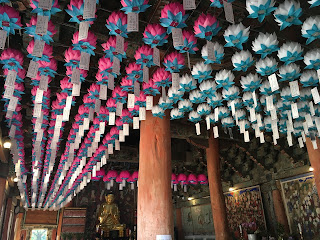 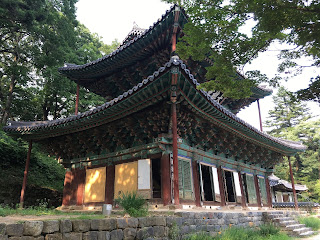 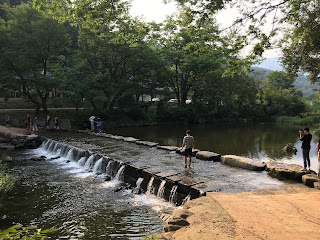 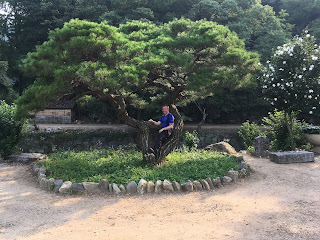 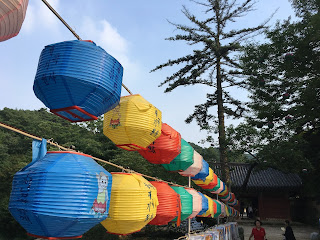