I stopped for some photos shortly after leaving town and as well as getting photos, I also managed to test the suitability of my engine bars by dropping the bike on its left side whilst preparing to dismount. 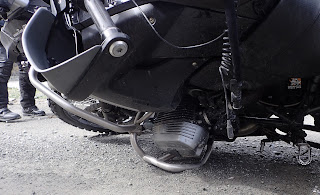 I reckon I must have thought I had already put the side stand down as when I leaned the bike over it went further than I expected going beyond the point of return! After the obligatory photo and another showing how good the bars worked, a couple of the other guys helped me to pick the bike up. Oh well, I am surprised it has taken this long for the first drop and am in no doubt it won’t be the last time. 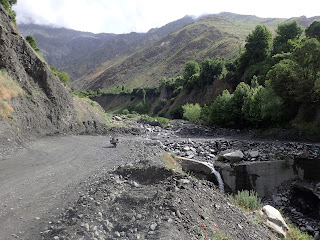 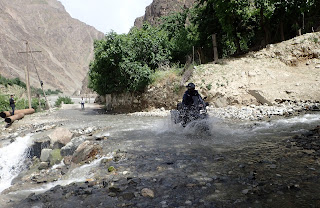 The first challenge of the day was a water crossing. By the time I turned up, half of our group were already across plus the two bike leaders who were giving a suggested route to riders to go through. I am pleased to say I crossed it fine although not strictly on the route suggested but I did manage to just miss the large hole under the fast flowing water. 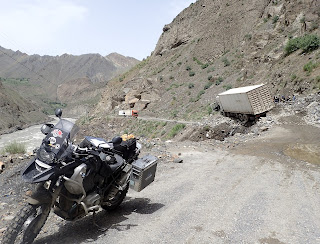 The second challenge was that of a land slide that happened over night and then a truck got stuck early in the morning causing chaos for other trucks wanting to get through. Again Kevin and Dom were there to give suggested routes and once again I crossed it fine all be it not totally on the suggested route getting a bit close for comfort to the side of truck that was perched precariously on the edge. 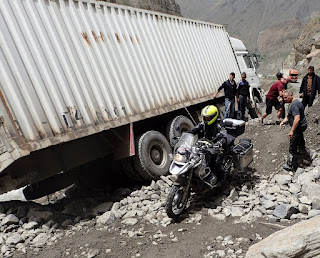 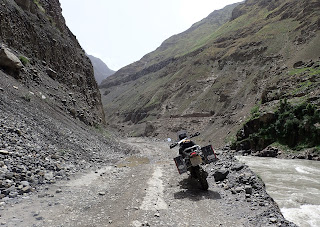 Although some of the mountain road was paved, there was very little of it in good condition, most of the paved parts had pot holes, broken and rutted tarmac from the heavy trucks. There was quite a lot of gravel sections and also some sand all of which made the bikes suspension work hard and kept the smiles on the riders faces. 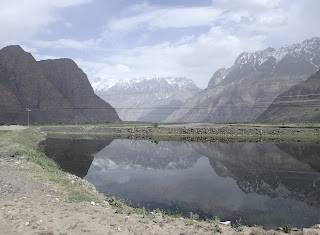 Despite the slightly more relaxed start time of the day as we had only 145 miles to do, it still took 8 hours and was far from relaxing for both rider and bike.

The next day was a rest day, and a well erned one at that. Fortunately the bikes survived better than expected so Pete and Dom didn't have as much maintenance as they anticipated. We all took the time to check our bikes over for loose nuts and bolts etc. I also tilted my handlebars forward for a better position when standing.

One of our group was also offering to shave some heads so I had my new hair style tidied up by having the sides shaved!