I woke up and went outside to a very chilly 2 degrees and a layer of frost on the bikes. It was certainly the coldest nights’ accommodation yet, and according to one of the others in our room we were visited more than once in the night by strangers (not sure if locals or not) who got told where to go, but I just slept through it all. 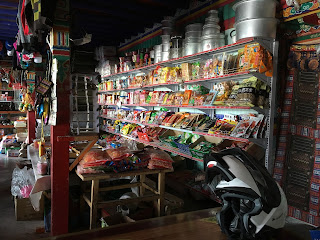 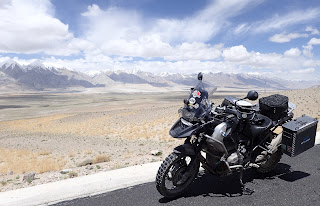 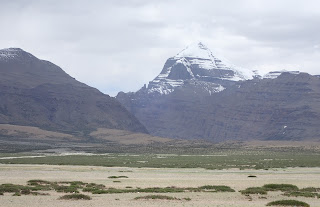 It was a scenic start to the day and the roads were in fairly good shape. We were also lucky to get a fairly clear view of the sacred Mount Kailash 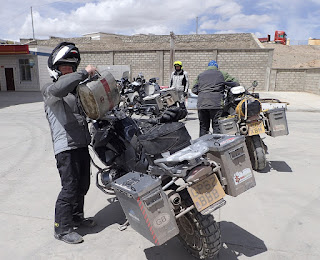 Fuel fill ups had resorted to metal watering cans because for some strange reason they think it is too dangerous to fill motorcycle from the standard pump so they make us park away from the pumps and use these stupid watering cans which they fill up from the pump and bring over to us, often spilling some on the way. This means when a few of us arrived at the garage together it is a slow process. 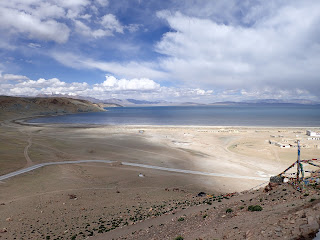 There were no flat tyres today but two riders did fall in the sandy gravel track bypassing some roadworks, and it was possibly this same section that caused my oil seal to weep again, ‘doh’!

When we got into town we took a ride up to the monastery and of course took some photos of it and the views of sacred Lake Manasarovar. 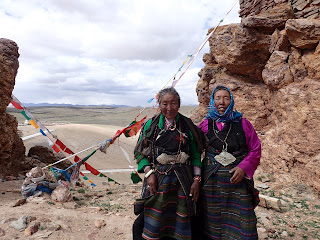 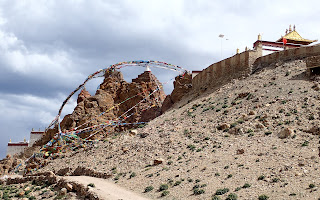