Our planned route for today got changed due to the report from our Tibet guide that the intended route had major road works, so we continued on the main road instead of going south on the smaller road then turned off right to go to Dingri. 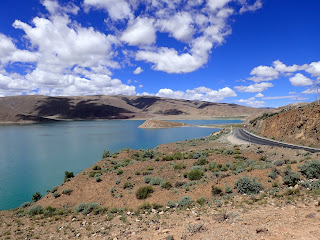 There was a fair amount of cloud about during the morning and it was not until early afternoon that it really started to brighten up, hence I didn’t stop much for photos. 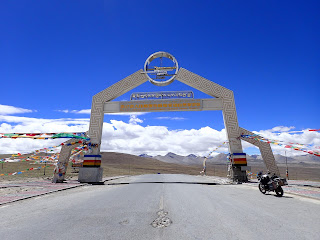 Also the route had a fair amount of road works and other parts that needed the road works to fill in the bloody pot holes.

I was glad to arrive at the hotel, although it was not as nice as the night before but better than a couple of nights ago so mustn’t complain too much.
Posted by GP at 10:57