We have a couple of days off in Lhasa, so a good time to catch up with laundry and the blog. Well that was the plan and indeed the laundry did get done, but the wi-fi in the hotel was over used and therefore I rarely got a good enough connection to do anything with the internet. 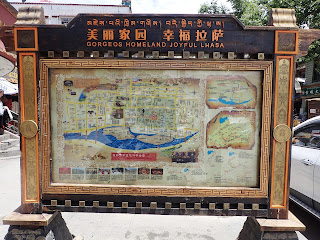 On the first day off, I went walking around the shops and up to the China Post building to enquire about posting some stuff back home. It was all arranged that I and another of the group would go back in the morning to get this sorted but the tour of the Potala Palace was earlier than expected so that scuppered that plan and by the time we would have finished the tour then the international desk would be closed. 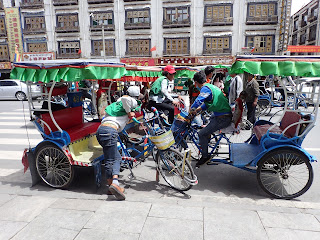 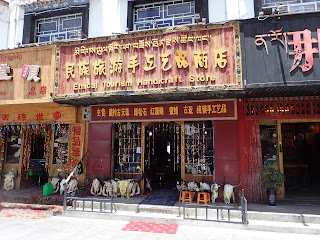 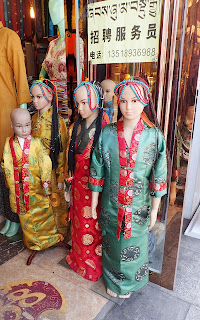 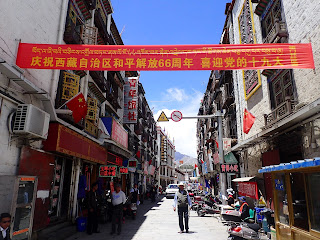 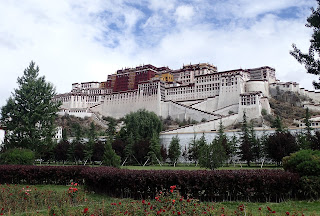 The second day started with a walk in the rain from the hotel to Potala Palace which dampened everyone’s spirit to start with. This great landmark for Lhasa was once the seat of the Tibetan government and the winter residence of the Dalai Lamas. 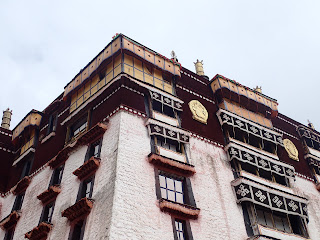 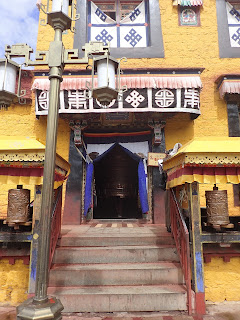 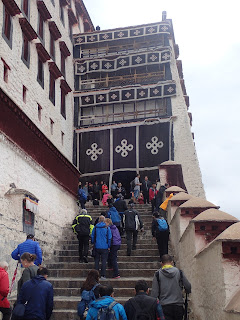 The tour was OK but to tell the truth I wasn’t overwhelmed by it and there were so many steps my enthusiasm dwindled with each step I climbed.

If that wasn’t enough exercise, on the way out they routed everyone a long way down the road in the opposite direction of our hotel before being allowed to cross over the road to go back the other way. Even then you were forced to walk a long way round and through Police security and this really pissed me off. I guess my mood wasn’t helped by the fact my stomach was not feeling too good and I really needed to get back to the hotel to sit on the porcelain. 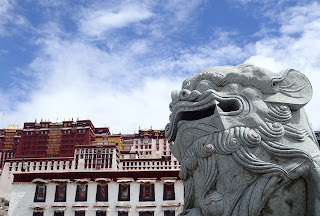 For the rest of the afternoon I didn’t do much though I did try and go shopping but another quick retreat meant I stayed in the hotel as I needed quick access to the throne!