The day started with some rain which was thankfully a lot lighter than we had during the night storm.
We encountered roadworks early on when just getting out of town. There was one section where the road was under water so when I got close I stopped to access the situation by watching other vehicles go through, but some of the crazy drivers in there 4x4 pickups didn’t seem to take much care. Once the area was relatively clear and the car in front had gone right through I proceeded down to the water which after a couple of feet my front wheel dropped down and at that point I thought I am committed now so have just got to keep the power on and get through which I done without any problems. 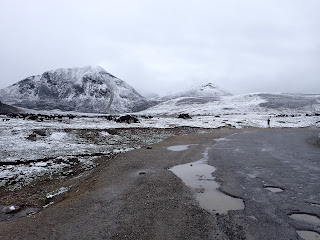 The road works continued out of town and on the Tibet- Sichuan Highway until late morning, with lots of deep holes full of muddy water, so much for my clean bike I started out with. 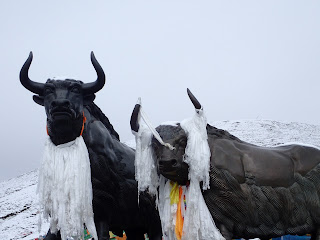 As we climbed the pass the fresh snow lying around made for a nice photo stop as did the top of the pass where there where two statues of Yaks just waiting for their photo to be taken. 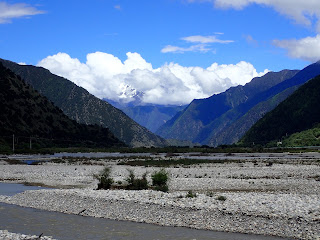 Eventually the day got brighter and the temperature warmer and the scenery far greener than western Tibet. 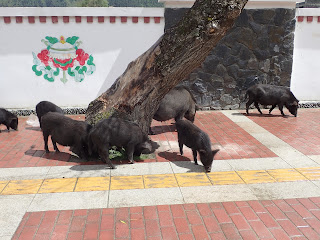 We also have another animal to watch out for roaming the highways now, and that is black pigs!