We were warned that this day on past trips had been a tough day, especially if wet so it was an early start, ready to tackle whatever we had in front of us.
But once again, new roads and tunnels meant that it was much easier than expected and today we didn’t encounter any snow up on the high passes either. 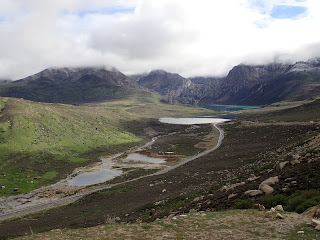 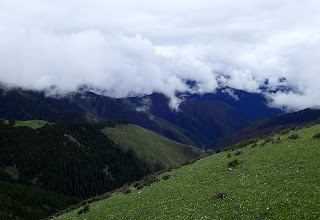 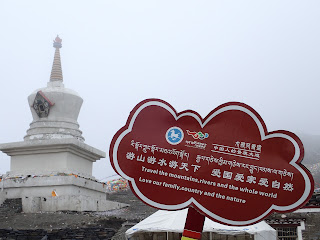 There were lots of bends as we rode the last pass and we shared this space with quite a few other vehicles, especially trucks that were over taking each other whilst approaching blind bends. Now maybe these drivers could see round the rock face or maybe they were just plain stupid and chancing their luck. I would tend to go for the latter!
Although there was no rain to speak of, the roads were wet from the water that the trucks have pouring over their brakes on these mountain roads to keep them cool, so this meant there was a lot of water on the bends so extra care was taken whilst I negotiated these bends on my worn TKC80 tyres.

I steadily picked off each truck at a time but when I got down to the busy town areas where the trucks were still over taking each other and ended up causing jams I was a bit more selective as to which trucks I attempted to overtake myself as I didn’t want to get mixed up between these crazy drivers as I knew being the smaller vehicle I would be the one expected to move out of the way despite of who’s side of the road it was.
Posted by GP at 00:07