There was a large wedding reception going on in the hotel last night and the underground car park plus the area above were jammed with cars and not just in the allocated spaces but every bit of the space had been used to its fullest. This meant we had to wait until the cars had been moved before leaving ourselves.
Once on the road and out of town it was a nice ride. Amounst the lush green scenery there was more concrete roads, tunnels, 4x4’s and trucks to contend with. 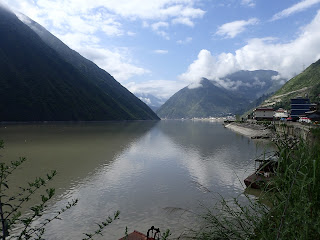 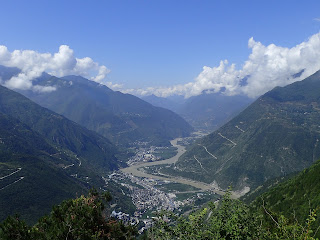 One large 4x4 drove down the outside of everyone in line beeping his horn as if he was the most important person on the road and then when a vehicle was coming towards him he tried to push me out of the way to get back in line. Well I was having none of it, I sounded my horn several times but he still insisted being in the space that me and mu motorcycle were in, so I then resorted to trying to kicking the side of his vehicle, although I did miss, he obviously saw this in his side mirror and backed off. Next time he tried this manoeuvre he made dam sure he went further down the line to push in. 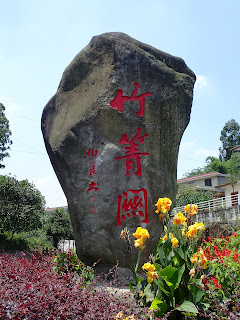 I did stop a few times for photos and joined four other riders on the final leg through the city traffic.
The final leg of the journey was through the city and by this time there were five of us riding together. I was at the back most of the time and we carved our way through the traffic using our horns as you are supposed to and took every opportunity to make progress by using any lane available. It was great fun and as usual, some of the locals were taking photos of us from their cars when we stopped at traffic lights.
Posted by GP at 00:09